The Problem With People, Not Pit Bulls

The president of the American Pit Bull Foundation on why responsible dog ownership matters more than breed. 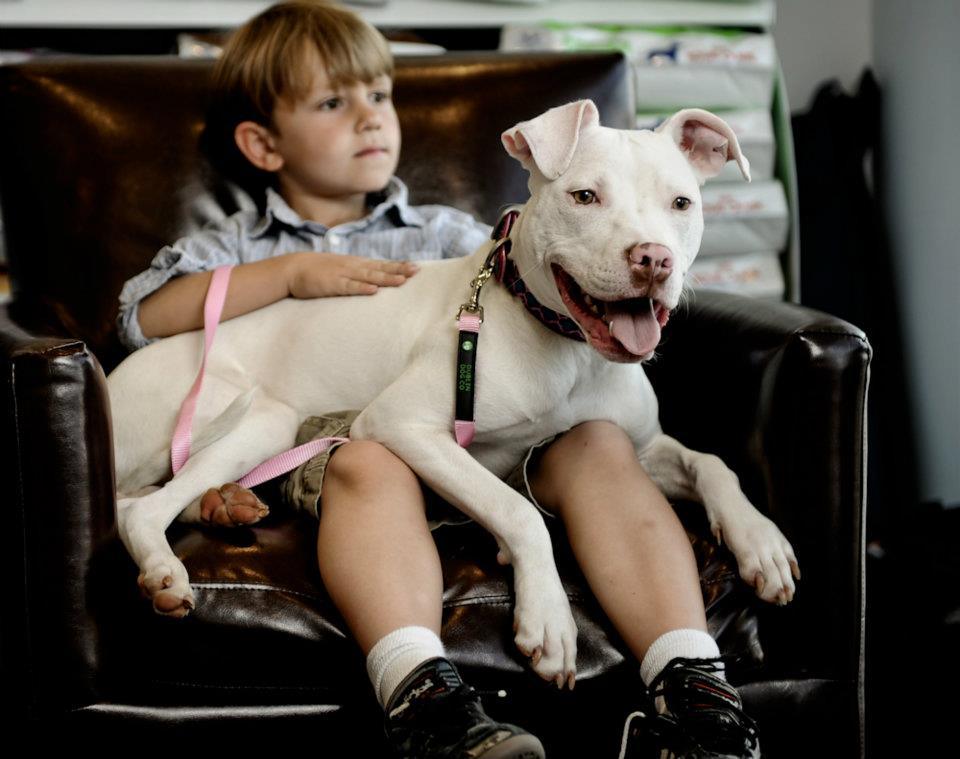 A June 20th Time.com piece by Charlotte Alter called “The Problem With Pit Bulls” elicited a flood of protest mail from supporters of the breed. We asked Sara Enos, the Founder and Executive Director of the American Pit Bull Foundation, a non-profit dedicated to promoting responsible breed ownership through education, programming, and assistance, to respond to Alter’s piece. Here’s what she had to say:

“Good dragons under the control of bad people do bad things”. Eloquently stated by an animated character in the new, How to Train Your Dragon sequel recently released. The same can be said of dogs, and in the noisy confusion of the media sensation that is the current argument of the “Pit Bull” problem, it can be difficult for the average person to differentiate fact from fiction. The truth is, there is a lot of researched, solid information about canine aggression out there that can aid in preventing dog bites and attacks. The misfortune is that the information is not yet common knowledge, especially in the sense that human behavior is what leads to companion animal attacks. Animal welfare advocates, veterinary professionals, and responsible dog owners are determined to remedy that.

Dogs are products of their environment as well as their genetics. They have been bred for many different jobs over centuries, however, they have primarily been bred as family companions and they need to be treated with compassion. Pit Bulls are no different. They were bred as working dogs and family companions prior to being bred to bull bait and then dog fight. Animal aggression and human aggression are not synonymous in the canine world, as they are in the human world and it is often difficult for people that are unfamiliar with the breed/s to understand that dog-aggressive does not mean human aggressive. Even breeders who selected dogs for reproduction specifically for dog fighting would not tolerate dogs that showed any signs of aggression; they had to be able to pull their dog out of a fight without getting bitten, and to trust the dog with the family at the end of the day. Responsible breeders now breed against all forms of animal and human aggression, and have done so for many years. With all of that said, though there are certain breed “normalcies” such as the herding instinct in cattle dogs, all dogs are individuals and exhibit their own unique personalities. They should be treated and trained as such.

When it comes to animal statistics, a good rule of thumb is to know the source of your statistics as a reputable one. People skew numbers and fudge the facts to gain support for their personal opinion, routinely.

Would you ask a gas station attendant about the side effects of a medication that your toddler was prescribed? Would you ask a clothing retail clerk about the knocking sound coming from your automobile engine? People choose professions based on their interests and experience. They are educated in their fields and we rely on them for their very specific knowledge base. PETA seems to get a lot of press for their quotes in regards to their support of breed specific legislation, (which has been proven ineffective, leading to ban lift after ban lift). How many Board Certified Veterinary Behaviorists, (the experts on animal behavior) are employed by PETA, or even support PETA’s stance on breed specific discrimination?

Bite statistics are public record. They can be found at local county facilities as a source to read bite reports, but, with the understanding that what you are looking at is a set of numbers without explanation. Bites and attacks are effects, to which there are always causes. Whether an owner understands the reason for the behavior or not, there is always an underlying cause to a bite or an attack. Pain and fear are two leading causes. In 2005, at a local animal hospital in Charlotte, NC, a bite report had to be filed when a technician reached into an unconscious dog’s mouth to find a source of bleeding. The very ill and sedated dog went into convulsions as a seizure came on, and the technician’s skin was broken on her hand when the dog began to seize. You won’t find these details on the bite report from 2005, but you will find that a “bite” occurred by a Pit Bull.

Secondly in regards to statistics, when Pit Bulls are routinely mis-identified, it is more than plausible to see how their numbers are high on reports even though they are rated very high by the American Temperament Test Society as friendly dogs. An animal control officer was once asked why a dog in the lost dog runs was labeled as a Pit Bull even though it was an excellent specimen of an American Bulldog, the response was given that “he’ll end up in the wrong hands anyway just because people will think he’s a Pit”. Greyhounds, Boxers, French Bulldogs, and Presa Canarios all come in brindle colorations but brindle colored dogs often get labeled as Pit Bulls, though they may not have an ounce of bully breed in their DNA. Dogo Argentinos are a Mastif variety, yet are routinely mislabeled as Pit Bulls. All of the above are important considerations to be made when researching statistics.

What if We Did Get Rid of Pit Bulls?

If we were to take the approach of banning the Pit Bull breeds, it is important to see the full scope of what we would be eliminating. As mentioned before, Pit Bulls are working dogs. They are typically excellent athletes that can provide a wide variety of job-related tasks. Many are not just family companions, but also search and rescue dogs that find missing children and lost dementia patients. They help kids become stronger readers because many kids with reading disabilities won’t read to an adult but they will read to a dog. They are seizure watch dogs, diabetic alert dogs, comfort nursing home residents and offer a plethora of services to human counterparts. Eradicating Pit Bull dogs will affect more than just our family dogs; it will affect the much larger number of citizens that these dogs help, as opposed to attack.

So What is the Answer to the People Problem (Not the Pit Bull Problem)?

Getting a dog is not like purchasing a piece of furniture that you will show off to friends at dinner parties, it is bringing a new member in to your family and requires daily commitment for a successful relationship. All dogs need to be subject to balanced training, should be well socialized and taught proper human/dog social behavior, maintained from a health perspective, and treated with compassion.

Dogs need an adequate leader and children need adequate direction from their parents as to how to properly interact with dogs. Dogs are not people and do not always enjoy hugging or sharing their food like humans do. Proper family education prior to obtaining a family dog, of any breed, can make for a more successful and safer match. Training as a family is a must.

Avoid behaviors that are known to lead to aggressive tendencies such as leaving your dog tethered and unattended, or training with aggressive correction. Don’t allow your dog to roam the neighborhood or escape because he/she is bored in your backyard.

Most importantly, be a responsible owner.

Read the original article as posted on Time.com – “The Problem With People, Not Pit Bulls” by Sara Enos